The hamlets of Moena

The hamlets of Moena

Moena and its 5 hamlets

Moena has five hamlets strewn among its forests and meadows: Someda, Sorte, Forno, Medil and Penia. Some are tiny hamlets, inhabited by very few people, as is the case for Penia and Medil, while others are small villages, like Forno, Someda and Sorte.

As the Christian tradition of the Val di Fassa dictates, a small church stands in each of these places, where the residents can go to pray and where the different ceremonies and masses are still held today.

This hamlet, which is extremely picturesque and always bathed in sunlight, would seem to take its name from the mountain that stands behind it, the Piz Meda.

Its church, dedicated to Saints Rocco, Sebastiano and Fabiano, is located in the small village square and surrounded by a few tabià, some of which have been rebuilt and converted into living spaces. The most imposing of them all is the "Tabià della gnesa", with a long gallery built from large logs and a façade made entirely from planking. The "Casa dei Conti Somedi" is also very interesting, one of the oldest buildings in the hamlet, probably from the sixteenth century, and at the time deemed the most important, complete with cellars, warehouses and prisons. Another construction that merits attention is the truly unique "Casa Valerio Batesta": built in the eighteenth century, it differs hugely from the typical tabià as it went against the typical architectural plans that dictated the use of wood and was instead entirely constructed in stone, with three entrance arches to the warehouse and barn. Furthermore, this house, until a short while ago, boasted a fresco by Valentino Rovisi on its southern façade. It was however removed from the wall in 1993 following surveys on the house whose constant erosion put the piece at risk. Today the fresco is in the municipality of Moena, where it is preserved with the permission of the owner.

Located at the feet of Sas da Ciamp and completely immersed in green meadows, Sorte offers one of the most evocative views in all of Moena.

The hamlet is inhabited by just over 100 people, whose houses are spread out around the church of San Giuseppe, erected in 1685 and consecrated in 1703 by the Bishop of Trento Giovanni Michele Spaur. The presence of some ancient barns still transmits today that ancient farming atmosphere that characterised the hamlet until a short while ago.

Between Moena and Sorte, right in the middle of a meadow, lies the capital dedicated to San Marco, the work of Valentino Rovisi. It was restored in 2001 and depicts an evangelist on each side. 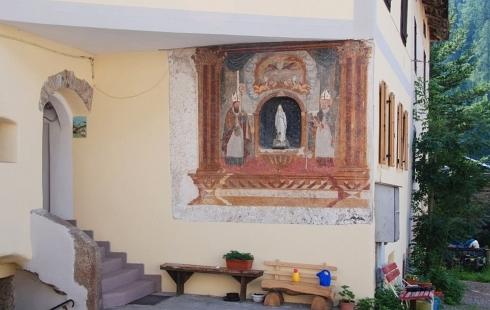 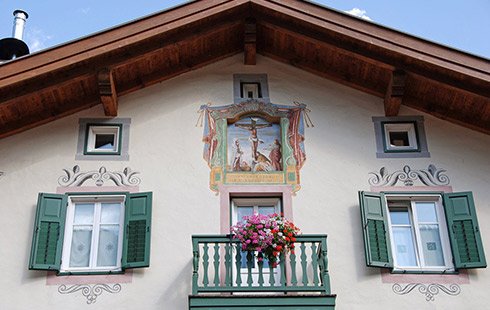 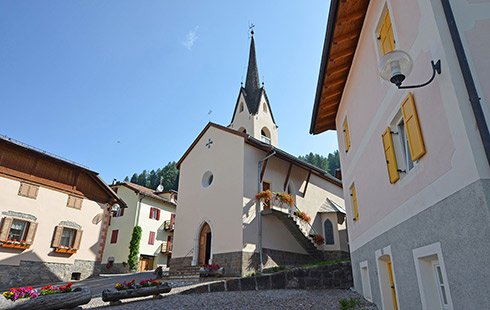 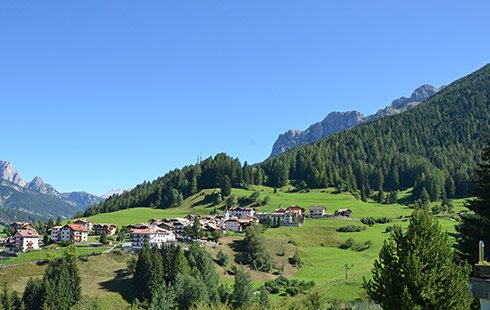 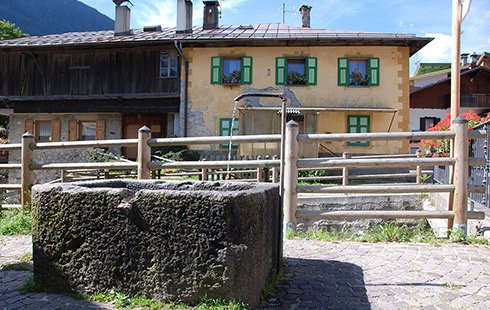 The name of this hamlet has historical roots: in the thirteenth-century some miners from Belluno settled in the area and erected furnaces (in Italian: forno) to melt the iron extracted from the Monti Mulat and Vezzena mines.

The mines were not abandoned until the sixteenth century, when extraction work was halted only to be started again in late ‘800 and then stopped once more, this time definitively, in 1950. Unfortunately, there is no trace of these furnaces, but a less concrete testimony remains in the Ladin language spoken by the local people, which has cadences typical of the Belluno dialect.

In this small hamlet, the "Ciasa Topani" and "Casa De Silvestro" are of particular interest, both part of one of the ancient neighbourhoods of the Community of Fiemme. The first boasts a fresco, from the early ‘600, a small wooden veranda and a vaulted entrance with bare stone steps; in the second the particular neo-classical style decorations and the fresco from 1792 are striking.

The church of Forno, dedicated to San Lazzaro, is the only church in Moena’s hamlets to have its adjacent cemetery.

This ancient village, clinging to the slopes of the meadows above Forno, was probably first settled even before the hamlet below.

Like all the other hamlets of Moena, Medil too has its own little church, dedicated to Saint Anna. Walk along the road to see the large aerial bomb, which probably fell from an aircraft and was recovered by the Germans, dating back to the First World War.

A miniscule hamlet above Sorte, only accessible via a pleasant stroll through the woods, Penia, better known as Peniola, is the ideal place for those wishing to spend a few hours in absolute peace and quiet. The tiny hamlet is home to a small church dedicated to San Giovanni Nepomuceno and a mountain hut where visitors can try typical Ladin dishes. 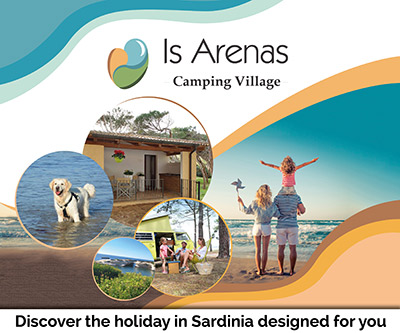